For the first time since 9th grade or so, I’m celebrating Halloween. I loved playing dress-up as a kid, Halloween or no, so I always went hard in the paint. My favorite costume of all time is still the Tinkerbell costume my mom sewed for me when I was 3. I probably drove my parents crazy running around the house in my little tutu and slippers with the white pom pom ball. You couldn’t tell me I wasn’t fly! Other highlights include the time I dressed up as every character in Disney’s The Hunchback of Notre Dame.  In college, I was as stumped as Cady when I realized that apparently, Halloween was all about being sexy.

Well, at 26 years old I’ve lost some of my self-consciousness. This year my friends and I are headed to Austin to do the bar crawl, apparently Sixth Street is legendary. And I’m bringing back the good old fashioned, homemade Halloween costume. Tex is going as part of the SAMCRO crew from Sons of Anarchy, and I know his flannel shirt with the iron on patches is going to be worn well past tonight. I’m going as Alice in Wonderland. I’m putting together the dress below (in the picture it looks purple but it’s actually navy blue) with a half apron, white tights, mary jane flats and a black bow headband.

However, it also occurred to me that it can be hard to come up with low maintenance costume ideas. So here are a few that you can steal from me, some of which are particularly black girl friendly. (Because you don’t want to be the killjoy who goes as Rosa Parks. I’m just sayin’.)

Everybody has black and white in their closet. Add a red lip and a pompadour (or a bun/afro puff in a pinch) and you’re good to go. Bonus points if you’ve got some suspenders, saddle shoes or a fedora! 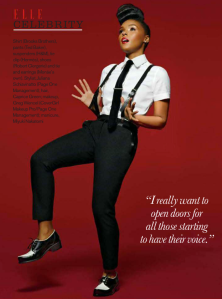 You can go a few ways with this. I personally think the Single Ladies version is played out. How about Flawless (cut off denim shorts, flannel & boots)? If you have poufy prom or bridesmaid dress to recycle, you can grab a first place medal and tiara for Bow Down. 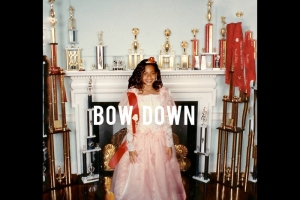 I’m a nerd so I’m thinking about doing this next year. Tuxedo stripe pants, a white blouse, a vest, and a fake spacey looking gun from the Dollar Tree are all you need.

This is for all my 90s kids. Grab some purple leggings, a yellow tunic and red Chucks. Plait your hair and you’re all set.

Recycle your college graduation gown and add socks and a scarf or bowtie in matching house colors. My favorite is Ravenclaw. 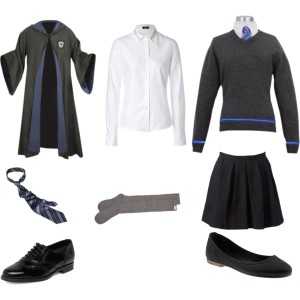 Oliver Twist was actually my Halloween costume circa 7th or 8th grade. It consisted of a pair of capri pants (for the knickers), knee high socks, a button down shirt and one of my dad’s vests, plus the piece de resistance: a newsboy hat. A flat Kangol hat works too. I used a terrible Cockney accent the whole night, to the amusement and eventual annoyance of my family. The picture below shows the high fashion version of this. You can use similar clothes to create an Annie Hall look; just straighten your hair and use a fedora. Or you can sub in a corset/bustier and add  fingerless gloves, combat boots, a chain belt and a pocket watch to make it steampunk. 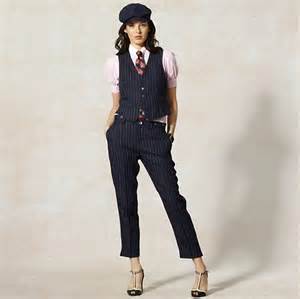 I saw some of these pics floating around Pinterest and thought it was a hilarious idea. The great part is that there’s no wrong way to do it. It works great as  group costume too. 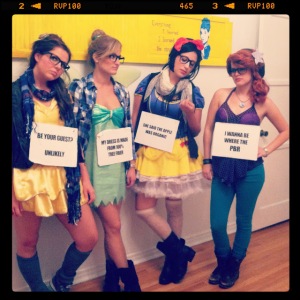 An oldie but goodie. If you don’t happen to have a red leather jacket floating around, you can use his outfit from The Way You Make Me Feel. Rolled up jeans, white Hanes undershirt and a denim button up- easy as pie! If you don’t want to get embarrassed, make sure you know all the lyrics and can do at least one move from the video. Authenticity, ya know.

Put a spin on the typical cat costume by wearing pink and purple. The makeup is what will really sell the look. A pair of cat flats would add some extra sweetness. 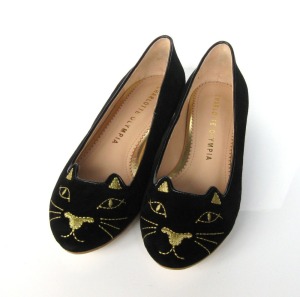 No effort required. All you need is a black dress, the blankest of blank stares, and the full force of your sarcasm.

This work is licensed under a Creative Commons Attribution-NonCommercial-NoDerivs 3.0 Unported License.

Shop more of my closet on Poshmark